This is a sort-of companion piece to Mom, which I posted originally on Facebook before they stole away the Notes feature like a thief in the night.

“I’m sorry to say pangga1, but your dad has died.”

This is the first sentence I remember after dad’s sister, my Tita2 Kiking, woke me up with a nearly noontime phone call Friday morning.

To say this evoked a whirlwind of emotions is almost understatement. We continued the conversation to the how, where, when, and the arrangements. They were going to fly him back home to his home province of Antique. It was going to be a long journey, even from where he was in Cavite, just outside Metro Manila.

When we ended the phone call, I felt myself awash in numbness.

My relationship with my dad was complicated. I can say wholeheartedly that I hated the man at several points in my life. He was often everything I despised as a person: quick to anger, low-key racist, intolerant, unwilling to understand or learn. I myself learned few things directly from him. He taught me how to shoot a gun and bought me my first rifle when I was eight years old. He taught me how to change a tire, in not entirely the correct way. I also learned how to shoot an ok game of pool. Most of what I learned from my father though, was indirect. I learned who not to be. I learned that you shouldn’t emotionally abuse a child and throw in the occasional physical abuse. That never happened again physically once I started to outgrow the man. I learned fierce independence. I developed a keen mistrust and outright disrespect for authority, as well as an abysmally low tolerance for bullshit. I learned that happiness came from learning how to love, and not being an outright asshole.

He would sometimes go back to the Philippines when I was growing up, leaving us in the US. When I was in high school we discovered that we were a second family to another one back home. I had a set of half-siblings out there in the world. Sixteen-year-old me minimized how much it actually bothered me.  We never talked about it of course.

But, I guess he wasn’t all bad. I think there were times where he was actually trying at this being a father thing. I remember him shipping off to Alaska for six months to work in the canneries. He would send back money and king crab legs. He made an effort trying to support my many extracurricular activities, every so often. Never showing up to games or anything, but he’d drive me there and get me home.

My dad definitely softened as he grew older, and we developed more of a relationship when I was in college. We went to the shooting range once or twice. He would call me to have lunch at the same Chinese buffet in Long Beach every few months. I think he thought I actually liked it there, and to be fair, I let him think that because he seemed somehow comforted by it.

My parents divorced toward the end of my college career. I think he was seeing someone while still technically married to my mom. He later married a woman my age and they had two kids. He didn’t bother to show up at my mom’s funeral, which honestly makes sense.

A few years ago he suffered a stroke, which severely reduced mobility on one side of his body, and seemed to change his personality somewhat. He softened even further in these recent years, and would sometimes call me just to talk and try to persuade me to visit him in the Philippines, which I really never felt right saying yes to, especially with COVID being a thing since 2020.

I’ve done a lot of work over the years coming to terms with my dad and who he was. Eventually much of my anger gave way to pity, and pity to understanding, and in that understanding I learned to let go and deal with who he was in the now – but in my heart, I never absolved him of everything and I don’t think I should have to.

You might see this as me speaking ill of the dead, and you would be wrong as fuck. This is merely statement of fact. If you think any of this ill, that’s a you thing. I came to understand my father – and recognized his whole, flawed personhood.

In the end, I still do mourn his leaving this mortal coil and look back at it all with few regrets.

1 A Bisayan term, short for palangga, a term of endearment like dear or love 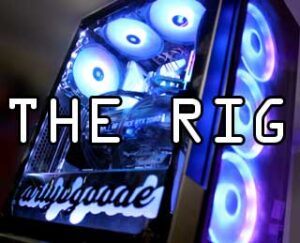